Boaters generally had a fair to good day with stripers in several areas, though there was none of the wild surface action that we’ve seen in the late fall many years.

Capt. Rob Semkewyc was happy with the slot action today as everyone on his Sea Hunter from Atlantic Highlands wen home with dinner from local waters.

I fished with Mark Roy on his Release Me from Raritan Marina  as we did a lot of running to try to find a Bonanza without seeing anything other than scattered birds dipping at times. We caught most of our 13 released bass mostly around Ambrose Channel, including Mark’s 28 1/2-incher. All were on Tsunami shads except for one on a heavy Run-Off jig further down the beach in deep water.

The Golden Eagle reported another good day of jigging not far from home port in Belmar.

The Big Mohawk from that port had decent blackfishing, and will sail open for tog tomorrow at 7 a,m

The Jamaica from Brielle had another good offshore wreck sea bass trip yesterday with many limits plus porgies and a few cod, pollock, white hake and bluefish. Felix Schlindler of Morrisville won the pool with a 10-pound pollock. David Cook from Raeford, N.C. was second with a 7-pound white hake.  Call 732 528-5014 for reservations on upcoming trips. 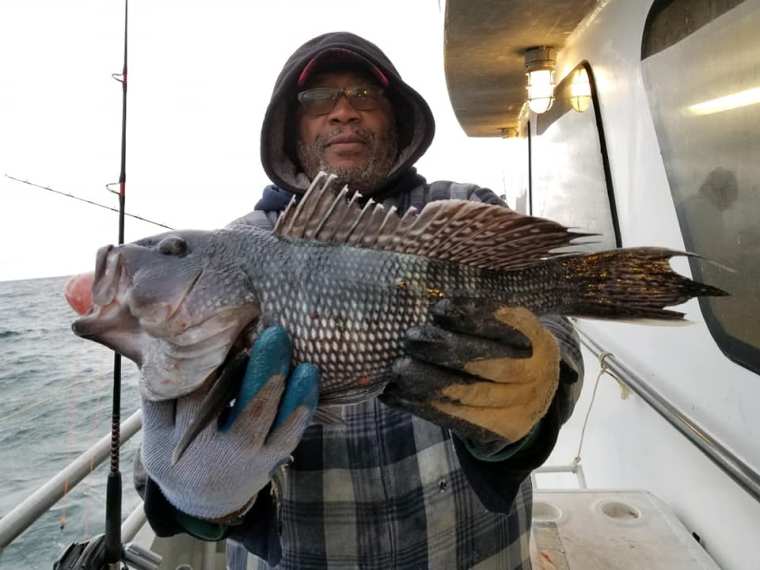 Vinnie D’Anton had the only good surf news as he once again scored in the afternoon around Long Branch with blind casting. Metal didn’t work today, but he caught six up to 24 inches on a Tsunami Sand Eel, and lost another in the wash.

There’s a cold front coming through tomorrow that may bring some showers. Southwest winds gust to 30 knots tonight, but drop to 15-20 in the morning when a small craft advisory goes up at 5 a.m. West gusts to 30 are forecast in the afternoon.

Castaways Tackle in Point Pleasant is still open on regular hours. It’s Joe Melillo who won’t be there for advice after 10 a.m.