In addition to the previously-reported striped bass over 50 pounds trolled on Tony Maja  bunker spoons by Capt. Jim Freda of Shore Catch from Point Pleasant and by Paul Haertel, Tony Arcabascio notes that others have claimed a spot on the Tony Maja Honor Roll this spring.

Dave Carano had a 54.4-pounder on a chartreuse spoon, and Jerry Malanga  had the same size bass on a green spoon. Greg Davidson used a white Maja mo-jo for his 51 1/2-pounder from Obsessions. Mike Timez trolled the white #1 spoon for his 55.1-pounder. Capt. Jim Freda is pictured below with the 50 -pounder he trolled recently from Shore Catch out of Point Pleasant. 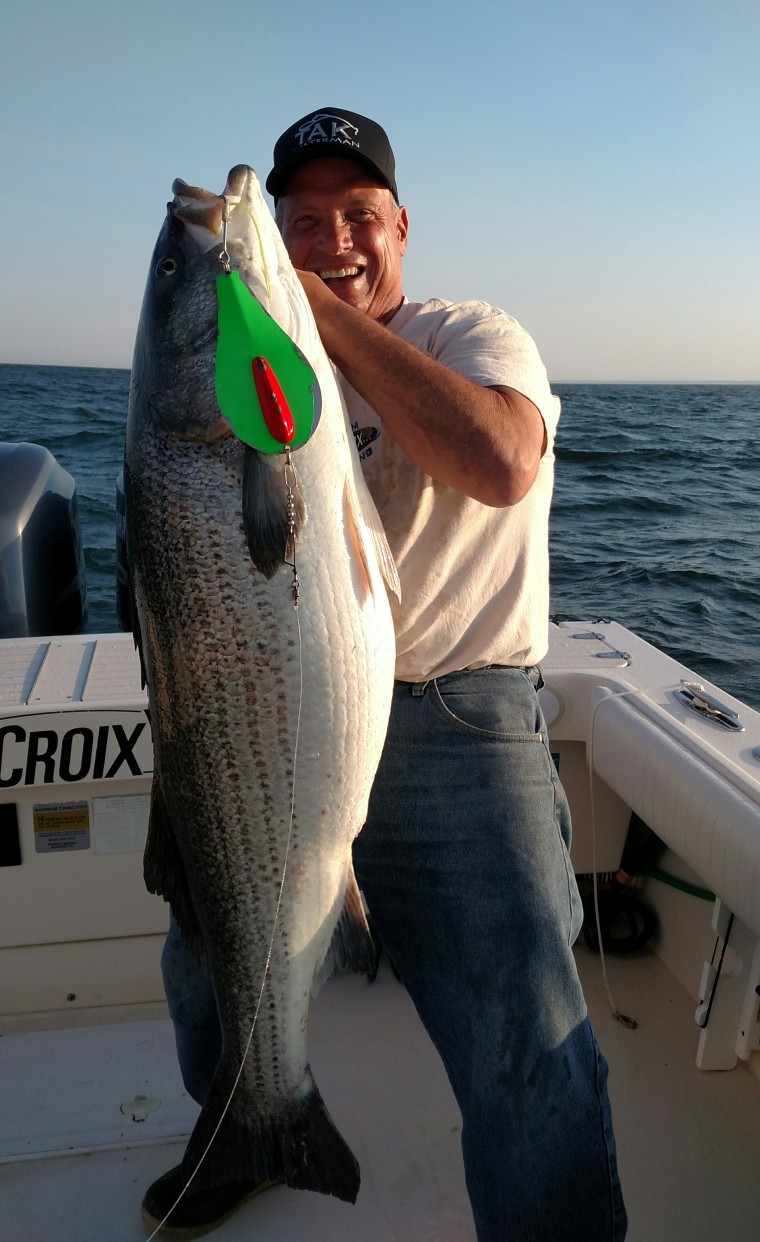 Bluefish haven’t cooperated for the Shore party boat fleet the last two days, but the Golden Eagle, Miss Belmar Princess and Queen Mary  have all had good sea bass action with some porgies mixed in. The Golden Eagle also had a keeper fluke Thursday.

Capt. Rob Semkewyc had a slow start today with fluke on his Sea Hunter from Atlantic Highlands as the west wind was still blowing hard. Once it let down the fishing was good. That was also the case with sea bass fishing on the Big Mohawk and Ocean Explorer from Belmar.

Capt. Vinny Vetere had a wind against tide situation everywhere he went this morning  with Katfish from Great Kills, until getting into good conditions in the western Sound for a hot bite.

Capt. Chris Di Stefano fished aboard Frank Criscola’s Crisdel from Brielle yesterday as they trolled everywhere from Raritan Bay to Shrewsbury Rocks before catching a double  of stripers in the forties on a shad rig and a bunker spoon.