Charter skippers have been delighted so far with an offshore fishery that’s been like the “good old days” during a summer when the weather has generally been in their favor — with few cancelations. The following Facebook entry from Blue Runner out of Manasquan tells the story as follows;

BLUE RUNNER Sept 13-14 We snuck out in a very small weather window with Frank, Hans, Min, Greg, Sean and Kevin. We saw good action and finished up with a box full of Yellowfins, 2 Bigeyes , some Mahi and Tile. We also pulled the hook on a nice Sword close to the boat .. very happy to get this trip in and see good fishing with limited time.

The Golden Eagle from Belmar had a very good dolphin trip this week. They have a 16-hour exotics trip by reservation which leaves at 11 p.m. tomorrow and returns Friday afternoon Today’s bluefishing was very good for choppers from 2 to 10 pounds plus a big weakfish, porgies, short fluke and sea bass that have to be released.

The marine forecast is for southwest winds at 5-10 knots tomorrow, but increasing after midnight to north at 15-20 knots.

Following is the obit on Bruce Vitale: 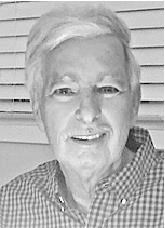 Lieutenant with Plainfield Fire Dept. , Navy veteran, 73
Bruce Vitale, 73, passed away on September 12, 2020, at Community Medical Center in Toms River, N.J. Born in Newark, N.J., to the late Cosmo and Doris (Van Harken) Vitale, Bruce lived in Warren, N.J., and Piscataway, N.J., for several years prior to retiring to Toms River.
Bruce was honorably discharged from the United States Navy in 1966. After over twenty years of service, he retired as a Lieutenant with the Plainfield Fire Department. Having a love for 50’s music, he was known as the doo-wop king. He was an avid outdoorsman who thoroughly loved hunting and fishing. Bruce was a very patriotic man, loved helping others as a fireman and enjoyed every minute he could with his children and grandchildren.
Predeceased by his step-son, Timothy Coates, in 2010, he is survived by his wife of 22 years, Anne C. Fox; sons, Douglas Vitale and his wife, Lana, of Howell, N.J., Philip Vitale of Middlesex, N.J.; daughter, Noel Tiarks of Tomah, WI and step-daughter, Jennifer Manna of Robbinsville, N.J. Bruce will be missed deeply by his brother, Brian Vitale and his wife, Diane, of Warren, N.J., four adored grandchildren, Brianna Spence, Caitlyn and Abigail Vitale and Nicholas Manna as well as by many friends.
Visitation will be held at the South Plainfield Funeral Home, 2456 Plainfield Avenue, South Plainfield, N.J. 07080 on Wednesday, September 16, 2020, from 2 to 4 p.m. and 6 to 8 p.m. and on Thursday, September 17, 2020m beginning at 10:30 a.m. Funeral services will be held in the funeral home on Thursday beginning 11 a.m., followed by burial at Resurrection Burial Park in Piscataway.
In lieu of flowers, donations sent in Bruce’s name to the NJ Conservation Foundation (njconservation.org) or to the New Jersey Fireman’s Home (www.njfh.org) would be appreciated. Please visit www.SouthPlainfieldFuneralHome.com to send online condolences to the family.

To Plant Memorial Trees in memory, please visit our Sympathy Store.Published in The Star-Ledger on Sep. 15, 2020.