The only report I could find today came from the Golden Eagle out of Belmar which reported a bumpy start before an unexpected calming of the ocean which resulted in a good catch of sea bass along with some ling and winter flounder.  Some anglers anglers managed sea bass limits.

The Queen Mary did not sail from Point Pleasant, but will be going Monday.

The Jamaica from Brielle is sold out for Memorial Day, but is taking reservations for Tuesday and the rest of the week.

There was a lack of wind and poor drifting conditions for the Raritan Bay fluke fleet yesterday, but no reports today when there was east wind that should have been good in Sandy Hook Bay.

The Little Hawk from Atlantic Highlands posted a video of releasing a 52-pound striper on Friday which was far larger than this year’s 38 inch maximum  in N.J. waters.

Capt. Jim Freda reports it’s been slow developing, but he got into bluefish Friday in Manasquan River with his Shore Catch. 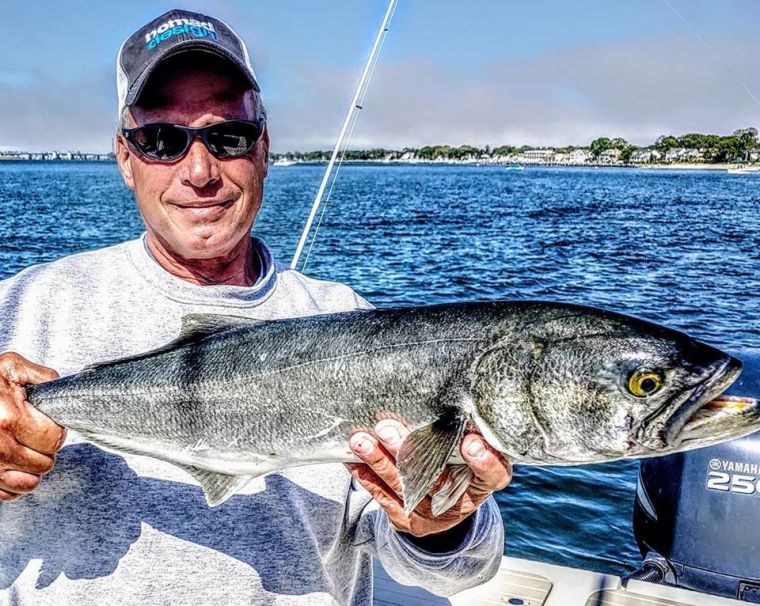 Small craft warnings are up tonight with northeast gusts to 20 knots, but it’s forecast to drop to east at just 5-10 knots by morning as seas settle to 3 to 5 feet.