Paul Haertel of the JCAA was there, and noted that that well over 100 anglers were in attendance though there wasn’t enough space in the room for them. Even Tom Fote, governor’s appointee to the ASMFC, had to stand outside the room until he could go in to provide his comments.

Though the basic coastal regulation from the ASMFC was for one striper from 28 to less than 35 inches, the Council adopted a 28 to less than 38-inch regulation that meets the conservation equivalency standard for the state. That hadn’t been cleared by the ASMFC Technical Committee before today’s deadline, but Haertel expected that would be done in time.  Some anglers wanted to include a spring season closure in Raritan Bay, but were turned down because that effort to protect stripers full of roe hadn’t been studied and wasn’t in consideration.

There was a big change in the Bonus Program that is derived from the old commercial quota for what is now a gamefish state. That program had been providing a 24 to less than 28-inch bass during a fall season, but this year it will open on May 15 and continue all year if the quota isn’t filled.

The ASMFC regulations on bluefish were adopted. They provide only three blues to private anglers and five to those on for-hire boats. There is no minimum size or season though a closure which would provide a higher bag limit was turned down. Some of those commenting weren’t happy with the extra fish provided to party and charter boats, nor with the division between formally united private and for-hire sectors.

The weekend looks very cold, but should be calm. Small craft warnings are coming down at 7 p.m., but the west winds should have flattened the sea. The morning forecast is for north at just 5-10 knots before going southwest in the afternoon. That continues Sunday with 10 knots from the west.

The Jamaica from Brielle will be sailing to offshore wrecks for jumbo porgies, cod, pollock and hake at 1 a.m. Space is available by calling 732 528-5014.

The Ocean Explorer from Belmar had good blackfishing on it’s last trip this week, and will be back to it over the weekend. 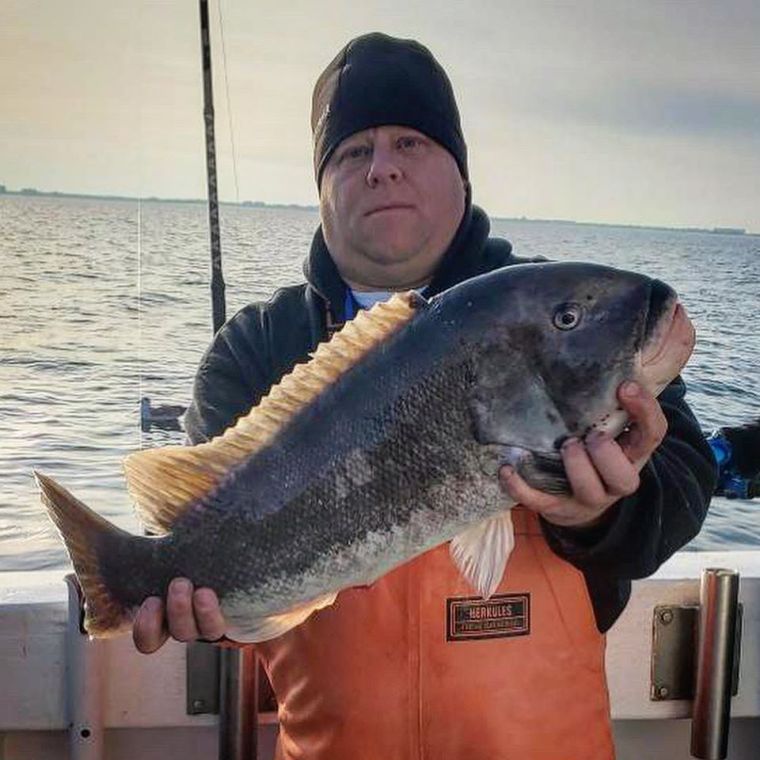 Bob Correll of Bay Head continues to be surprised by the variety of fish in back of the house he’s renting in Jupiter, Florida. After catching a 20-inch fluke or southern flounder a couple of days ago on a plug, he landed his first ever redfish (red drum) yesterday.

The New Jersey Boat Sale & Expo completes its run over the weekend at the N.J. Convention Center in Edison.

The Saltwater Anglers of Bergen County hold their big Fishing Flea Market Sunday at the Hasbrouck Heights Hilton from 9 a.m. to 3 p.m. Adult admission is $5, and kids under 10 are admitted free.