The mild northern winter has provided a long-lasting run of small school stripers for surfcasters, but it’s down to a pick by this time.

Bob Matthews had one of those reports from Fisherman’s Den in Belmar Marina, but he noted that party boats are still doing well with blackfish when they can get out to them.

The Big Mohawk from that port reported the ocean calmed down Tuesday as they picked at blackfish wherever they anchored.

Another gale warning is going up tomorrow as west winds of 20-25 knots plus gusts to 35 increase in the afternoon to 45 knot gusts.

Vinny D’Anton finally pulled himself away from the N.J. stripers to head south for winter fishing in Sarasota. It’s been slow there for wade fishing with none of the blues, jacks and spotted seatrout so far — though high-jumping ladyfish have been cooperating.

Virginia is the place to be for the catch-and-release season. Chuck Manny moved his Ty Man to Cape Charles this winter and has been trolling 50-pounders with regularity. Those bass are stuffed with roe that provides much more weight per inch. Chuck reported two more fifties yesterday to bring Ty Man’s total to 14 this winter. 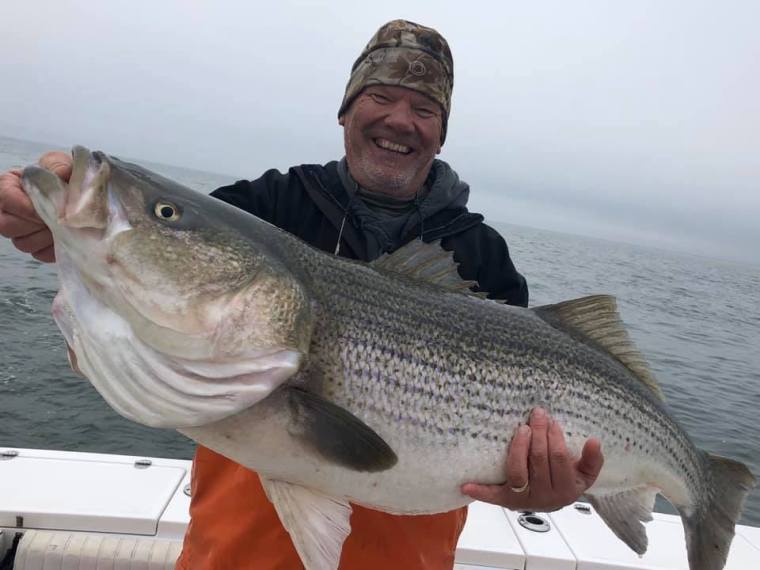