The few boats still fishing for blackfish have to work through shorts for keepers, but are finding the effort to be worthwhile. The Ocean Explorer at Belmar reported the seasonal pool is up to over $3,000, and they’ll be looking for a new leader during a Christmas Eve trip running from 6:30 a.m. to 2 p.m.

The Elaine B. II from Bahrs in Highlands is taking advantage of the good fishing weather at 7 a.m. Once again on Sunday they had a slow start before making a move that produced more keepers into overtime to provide a decent catch.

The Jamaica from Brielle will be sailing for the offshore sea bass wrecks at 2 a.m. on 12/26. Sunday’s trip produced many limits of jumbo sea bass plus porgies and some bluefish. Call 732 528-5014 for reservations on this and other sea bass trips before the season closes at the end of the month.

Tomorrow’s forecast is for north winds at 10-15 knots with gusts to 20.

Jerry Lasko reported there was some swell in the Ocean County surf this morning, and the water temperature was up a tick to 45.4 degrees as there was some action. He caught four stripers while Maren Toleno had 16 and John Greger seven. They all missed other hits.

I’ve been working a lot harder in Florida to catch largemouth black bass in small ponds while enjoying the holiday season with my family and awaiting Cyndi’s marriage next month in Palm Beach. Most of the released bass are small. but all the surface strikes are fun — and a few larger ones provide a pleasant surprise, such as this fat 22-inch bucketmouth that hit a Z-Man 5-inch DieZel MinnowZ worked on the surface during my last cast at dusk while fishing with future son-in-law Luis Gonzalez in Palm Beach Gardens. 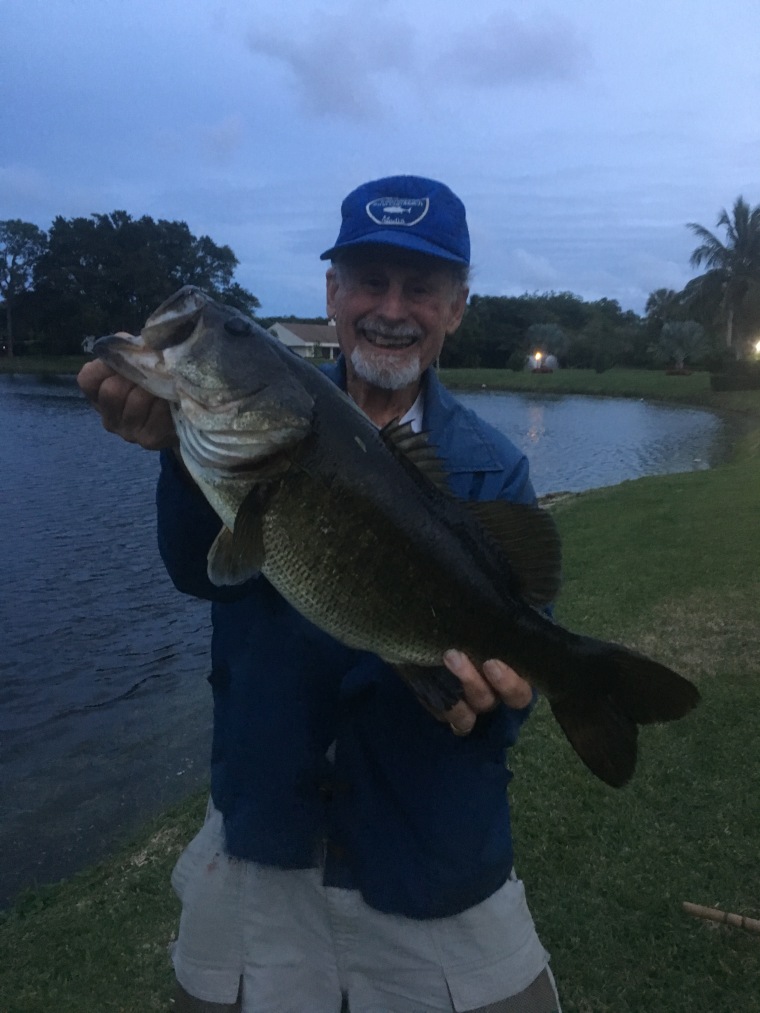