Capt. Joe Massa made a “one and done” throw of his castnet this morning before we started drifting for stripers in the Hudson River with live bunkers from his My Three Sons out of Morgan Marina. There were no marks, but working very small spots got us into stripers.

The bass were modest in size, with a couple even being under legal size (which is unusual when using such large live baits), but we ended up releasing 10 which all shot to bottom when set free despite the very warm waters.  The largest was my 36-incher pictured below.

We’d been hearing reports of some large fluke being caught nearby in a Staten Island woman’s tournament, and later tried jigging for them to no avail. We each dropped a possible keeper and Joe caught a short — but it appeared stripers were a much better target for us. Though light winds were forecast until Sunday afternoon,, a south wind of at least 15 knots came up early in the afternoon and produced whitecaps in Ambrose Channel.

The White Marlin Invitational web site is a mess, with the leaderboard still listed as “in progress” as this was written. I’ll try to get the results tomorrow.

The Golden Eagle from Belmar reported bonito fishing was slower than it’s been, though they also picked some blues — with all of the action on jigs and teasers. 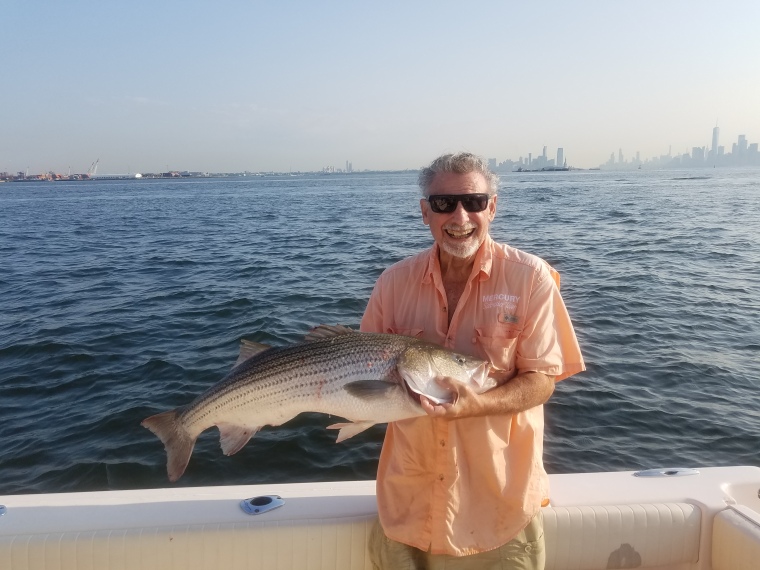