Whether you caught fish or not today, if you were fishing you had to enjoy the nicest day of the fall with light west winds, warm temperatures and lots of sunshine. Some anglers also had good fishing.

The Golden Eagle from Belmar had to anchor up yesterday in rough seas to catch 3-to-4-pound blues plus little tunny, some bonito and lots of porgies.  On the other hand, today was gorgeous as jigging produced lots of those species.  The same sort of weather is predicted for Sunday,

The Ocean Explorer from Belmar reports red hot fishing for porgies and the one blackfish allowed in just 40 to 50 feet.  The Queen Mary from Point Pleasant reported blues up to 8 pounds, along with bonito, little tunny, porgies and even a dolphin.

At Seaside Park, Grumpy’s Tackle reports a continuation of abundant small bluefish in the surf — primarily on mullet. Here’s  Jaydon Alemany with a typical cocktail blue. 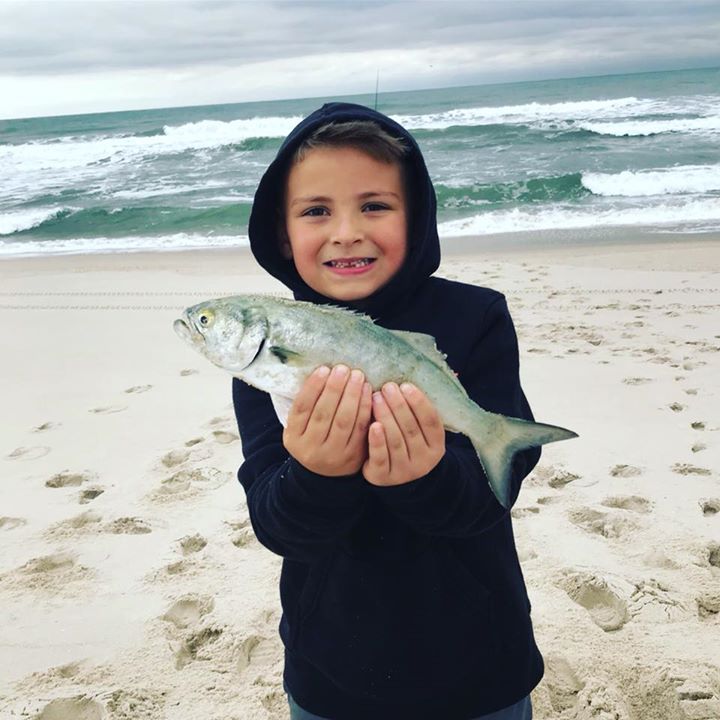 Betty & Nick’s also noted that some slot-size stripers are being hooked.

Jim Louro of Spring Lake hit it right this morning and plugged 10 school stripers in his local surf.

Manasquan was pretty slow despite perfect plugging conditions. Vinny D’Anton released one on a Chug Bug and missed a few bass, After he left I scratched out two stripers on the same lure.’

Bob Correll of Bay Head found some mullet at his beach and managed a small striper on a popper.

Allen Riley of South Plainfield rarely surfcasts on a weekends, but he couldn’t pass up such great weather at Sandy Hook. The tide was low and there was little water, but mullet were abundant. He caught a 2-pound blue on metal with his first cast, but the choppers stopped chasing the abundant bait and no other lures were hit in the 71 degree waters.