Eddie Kelly (15) of Ocean City. N.J.  may be fishing a lot of years in the future before he ever comes up with a catch like that which he caught on Lisa Marie during the Labor Day  Ocean City Marlin & Tuna Club Tournament — a 66-pound dolphin!

Not only was that a contest winner, but it also exceeds the N.J. state record of 63 pounds by Scott Smith Jr. in 1974, but also the IGFA World Junior record of 61 1/2 pounds — if all sportfishing standards were observed. It was caught on 30-pound tackle being used for white marlin. 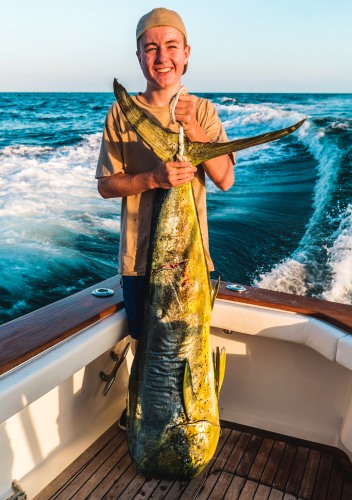 I had hoped to have the first boat reports of the week this afternoon, but it appears there were none. Both the Golden Eagle and Ocean Explorer from Belmar had reported that they would be fishing today, but neither posted anything. The ocean isn’t calm, but the small craft warnings posted are just for the large swells that require caution at the inlets. Considering how relatively close Hurricane Florence is, the upcoming forecasts aren’t all that bad — including sunshine on Saturday.

Vinny D’Anton found only some very small blues in Shark River this morning, but went back in the afternoon to pick four small stripers between his Chug Bug and the Storm Searchbait jig

Point Pleasant Canal is a good bet for bluefish, but those fish can be  very fussy. They only seem to hit in spurts, and keep switching preferences.  Yesterday evening I managed one 4-pounder just before the rain started coming down hard on a Z Man Swimmereeez. but it was hard getting hits on the same lure this morning until I quickly lost two jigs to larger blues which chopped the 30-pound leader.  By going to a heavy leader and a 2-ounce Run-Off Sand Eel metal I released a 4-pounder before leaving.

I was hoping that was a solution to the problem, but when I stopped by at lunch time Joe Melillo of Castaways Tackle  in Point Pleasant had just landed a blue on plastic because they wouldn’t hit metal.  As the bite got tough again, one angler caught a blue by switching from a larger plastic to the same 4-inch Gulps we use for fluke.

Party boat skippers  are keeping an eye on ocean conditions to determine when they can get back offshore at what is normally a prime time for tuna. Below is a Big Jamaica tuna from last week. 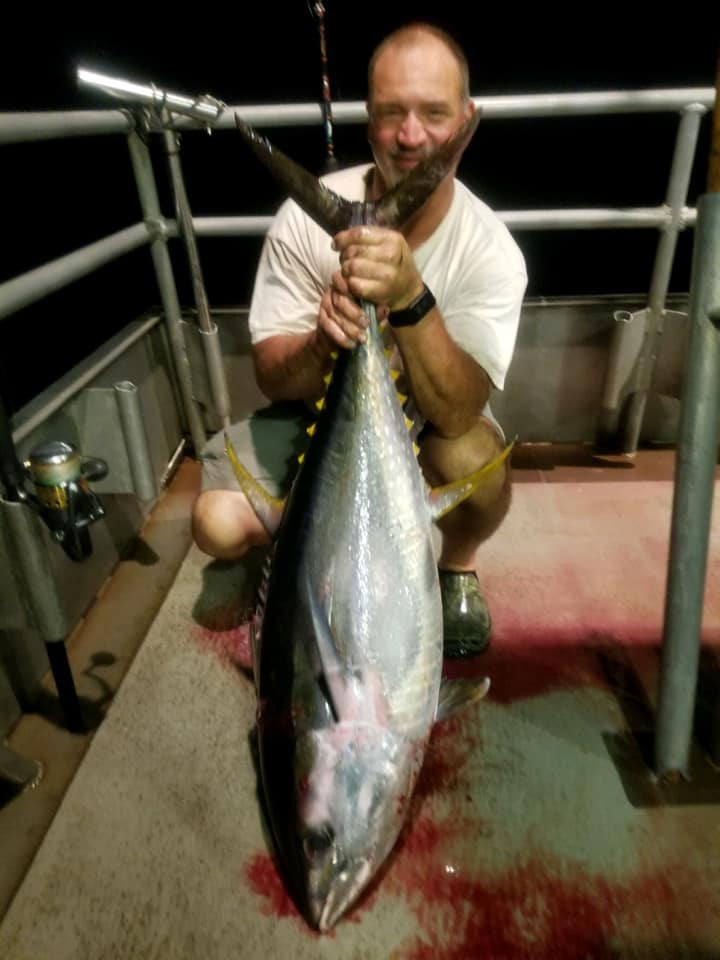