Last night’s late blog summarized the major results of the White Marlin Open in Ocean City, Maryland, but I’m still waiting for the official results that were supposed to be sent today. Those would include the winners of  the release categories.

Rain wasn’t much of a problem today along the Jersey Shore, though NYC and western Long Island got blasted.  The Golden Eagle from Belmar reported that rain held off all day,  and they caught lots of chub mackerel along with some sea bass,  ling, and fluke — plus even pollock and dolphin.

At Atlantic Highlands, Capt. Ron Santee said there was more easterly wind than forecasted, ad it combined with a strong current to create a very fast drift  requiring heavy sinkers. As a result, fishing was off from Friday’s banner bite — though some quality fluke and sea bass were boated on the Fishermen.

Joe Melillo, at Castaways Tackle in Point Pleasant,  reports bonito were caught at Bay Head Friday evening by anglers casting metal. Bonito are a very rare catch in the surf (I’ve only caught one myself), but they were drawn in by an abundance of rainfish. Melillo said small pods of cocktail blues were in and out there and further south this morning. He noted that crabbing remains excellent, and there are plenty of snappers around.

There had been rainfish at Manasquan yesterday morning, but I didn’t see any this morning.  The waters looked good, but I never raised a thing until my last cast before having to move my car from a spot that became prohibited at 7 a.m. Fortunately, that 23-inch striper hooked up on a Chug Bug.

Capt. Dave De Gennaro ran his Hi Flier well to the southeast last Sunday where  he anchored up to chunk tuna. Jigging produced a surprise 16-inch ilex squid which was sent out on a float  and attracted an 80-pound bluefin tuna that was fought by Matt (with yellowfin below) and Tess Tebaldi of Manahawkin. A call from Brian Ewan on Dora Lee about a yellowfin trolling bite not far away inspired a change in tactics, and ended up trolling two 40-to-50-pounders. 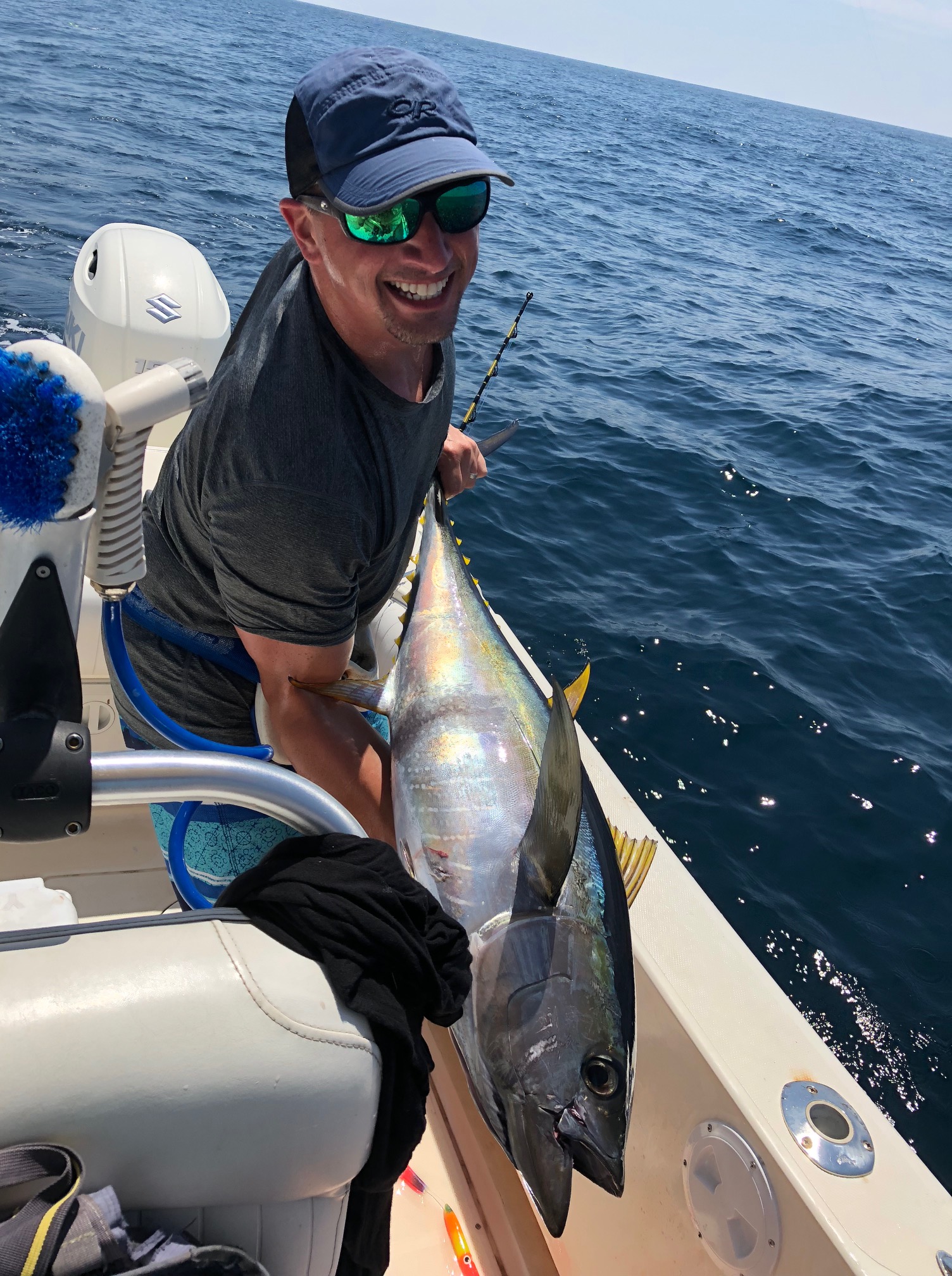