The Beach Haven Marlin & Tuna Club’s White Marlin Invitational begins the summer series of offshore tournaments with lots of money involved. That contest begins Wednesday from 6-8 p.m. with registration at the Beach Haven Marlin & Tuna Club, followed by fishing from Thursday through Sunday after everything had to be moved forward a day due to offshore weather forecasts.. Fishing hours are from 7:30 a.m. to 3:30 p.m.

In addition to the Beach Haven weigh-in, there will be another at Hoffman’s Marina in Brielle.  For details visit http://www.thewmit.com — or call Dave Ridley at 908 963-5924′

The Canyon Runner from Point Pleasant will be fishing that contest with high hopes after doing very well with bigeye tuna this summer.  Indeed, Friday’s bigeye catches were unprecedented as the Viking 48 had 14 and the 60-foot Ritchie Howell added nine. 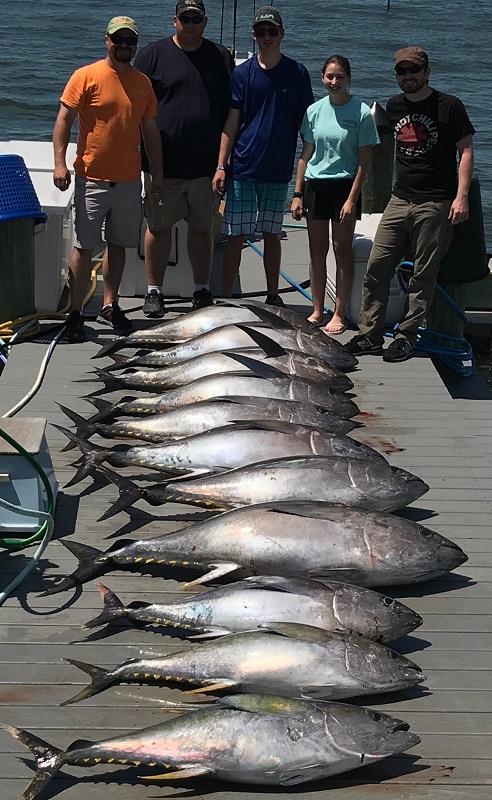 Bigeyes were scarce during last year’s tournaments, and Jersey Nutz won $78,000 in the WMIT Treasure Chest with a “mere” 62.5-pound tuna. Almost any bigeye should be large enough to clear yellowfins off the leaderboard.

The lack of bigeyes  was a problem during the July 11-14 South Jersey Yacht Sales Offshore Showdown at Cape May as Jack Beattie won the tuna division with a 52-pounder that was barely ahead of three 51-pounders, a 50 and a 49.

The Canyon Runner fleet has an unusual open Saturday overnighter on both boats which can be chartered — or seats reserved on an open boat basis for $899. Call La Rosa at 732 272-4445.  They will also be fishing the fifth HUK Big Fish Classic that will be run out of ports from N.J. to Virginia from July 27-29  for overnight fishing. For info on that contest visit bigfishclassic.com.

Thanks to Al Hrehowsik for sending the results of Saturday’s Raritan Bay Anglers Fluke Tournament out of Perth Amboy that was won by Manual Prado of Union with a 7.85-pounder worth $1098. That fluke hit Gulp fished near the Verrazano Bridge as he and Cassiano Dos Santos added five other keepers up to 4 pounds.  See photo below with the trophy presentation.

Second and $500 went to a 5.57-pounder that Billy Anderson of Bedminster caught while fishing with Bryan Pieros of Leonardo on his Bid Time in Ambrose Channel. Brian Cleary from Bayonne was third for $323 as he used Gulp in N.Y. Harbor to catch a 5.4-pound fluke from Jason Zebrowski’s boat. Scott and Kathy Jo Kaelin of Parlin won $210 for fourth with a 4.92-pounder as both had limits in Raritan Reach. 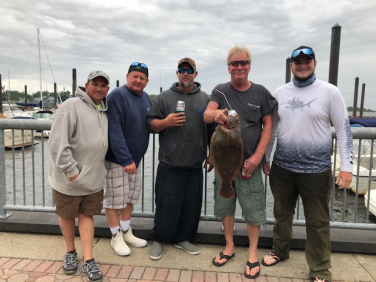 A tug and tow ended up stuck on the sand bars at Lavallette this morning, and efforts to pull it off during low tides were fruitless. Hopefully, that can be accomplished om the high tide tonight. Bob De Pietri of Sharky’s Machine took the following shots: 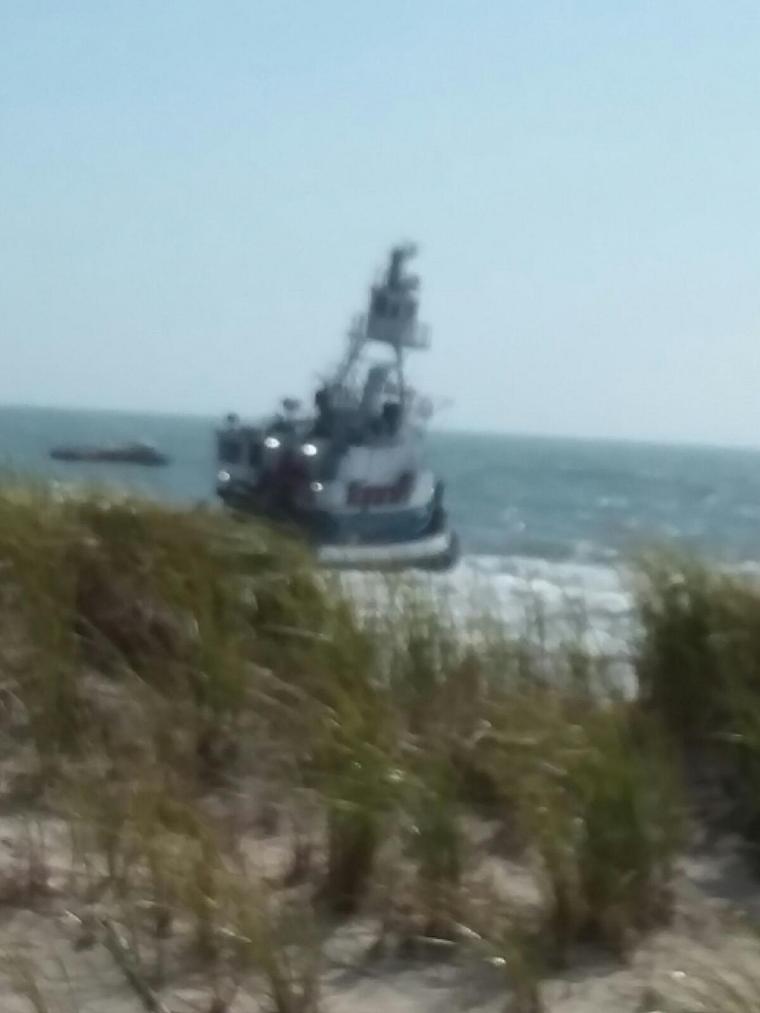 The weather forecast probably kept most anglers home today. I didn’t see a single boat while casting from shore in Shark River, but didn’t see many fish either. I managed two small stripers on a jig, and Bill Hoblitzell  got one on a fly while Frank Manzi raised a fish to his popper.

Grumpy’s Tackle in Seaside Park reported some fluke were caught in the surf despite rough and dirty waters yesterday morning. They note that snappers are getting larger and more common both in the bay and surf. That’s bad news for surfcasters using Gulp as they’ll be sacrificing a lot of Gulp tails to snappers from now on. Grumpy’s also noted that before the rough seas there were “tons” of cownose rays in the surf.

Joe Melillo. at Castaways Tackle in Point Pleasant says fluke are being caught at the south end of Point Pleasant Canal — and boaters are doing very well with them from there into Barnegat Bay. Crabbing has been outstanding.

The only boat report today came from Capt. Rob Semkewyc, who barely had enough customers to sail his Sea Hunter from Atlantic Highlands. The south wind was a problem right away — and then it got worse. Semkewyc had to fish calmer waters that produced mostly short fluke as there were fewer keepers than yesterday. With the forecast of more wind plus rain for tomorrow, the Sea Hunter won’t be sailing until Thursday.